MacMath has served as Boley’s President and Chief Executive Officer for the past 20 years and was the Chief Operating Officer prior to his promotion.  Having started in 1980 as a direct service staff member, helping people with mental illness overcome their challenges and meet their potential, MacMath’s passion for the consumers, the agency and its mission spurred him to dedicate his career to Boley Centers.

Early in his career, MacMath identified the need for affordable housing opportunities for consumers who were ready to leave Boley and live independently.  He began developing affordable housing opportunities through the purchase and rehabilitation of boarded up buildings throughout Pinellas County.  These efforts forged long-standing partnerships with the local governments who supported these efforts both politically and financially.  Since 2001, under MacMath’s leadership, the agency has accessed $65,000,000+ expanding Boley’s affordable housing units to over 1,200 units, with 61 units currently under development.  This affordable housing serves people with special needs, including people with mental illness, people who have been homeless for extended periods of time and veterans.

When Boley Board Chairman Rutland Bussey asked MacMath about his most significant achievements beyond housing, Gary named the acquisition of the Mary Koenig Center campus, a 3.6 acre former girls school that currently houses Boley’s day programs, psychiatric offices, classrooms and pool, and Boley’s annual Jingle Bell Run which is in its 39th year and has become an annual tradition for many Tampa Bay families.

With grit and perseverance, Gary MacMath has successfully carried the agency of 200+ staff through many financial challenges, making tough decisions when necessary but always keeping his eye on how best to serve the needs of the clients.  It is because of his leadership that the agency has endured 51 years of serving the needs of the community, growing our services, and expanding our reach to include youth, Veterans, and homeless households.

Over the years, Boley has been a light in the darkness for adults living with mental disabilities.  Boley Centers is grateful that Gary stayed the course for 42 years and for guiding the agency for the past 20!  Retirement will afford Gary more time to spend with his family and friends, particularly his adult children Erin and Zac and his two grandchildren, Jameson and Ryan.

Bussey also announced that current Chief Operating Officer Kevin Marrone, who has been with Boley Centers for 22 years, will replace MacMath as the agency’s new President and CEO.

A COPY OF THE OFFICIAL REGISTRATION AND FINANCIAL INFORMATION MAY BE OBTAINED FROM THE DIVISION OF CONSUMER SERVICES BY CALLING TOLL-FREE (800-435-7352) OR ONLINE AT WWW.FLORIDACONSUMERHELP.COM. REGISTRATION DOES NOT IMPLY ENDORSEMENT, APPROVAL, OR RECOMMENDATION BY THE STATE.” 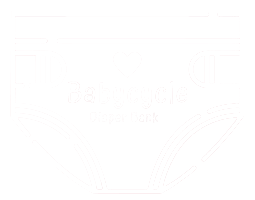